I have a major weakness for Southwest egg rolls. It’s my kryptonite. Just one whiff of them can bring me to my knees, and every time I see them on a menu (and that’s a lot since our move to Texas), I have to order them. I’m not sure who it was that first came up with this Asian fusion work of art, but they should be awarded a Pulitzer Prize for brilliance in food discovery. Alright, maybe that’s going a bit too far, but that’s how much I love them. Now, with that being said, I realize that these fried little goodies aren’t the most nutritious things you can put into your mouth, and with bikini season still in full swing, I’m not yet willing to abandon my healthy eating habits and devour these by the handful, like I inevitably do once sweater season strikes. But just because the weather is warm and the clothing trends skimpy, doesn’t mean I should completely sacrifice my favorite go-to appetizer, right? At least that’s what I was thinking last weekend when I was having a serious snack-attack. Hungry for something savory and satisfying, I decided to take matters into my own hands and make my own less fattening version of the Southwest egg roll. Made with brown rice, lean chicken, and baked instead of fried, I feel better (at least a little bit) about attacking these guys with reckless abandon. Which I did. — Don’t judge.

In a medium saucepan, bring water to a boil. Once boiling, add rice and stir for 1 minute. Reduce heat to low, cover and simmer for 35-40 minutes or until rice is soft and all the water has evaporated from the pot. Once rice has finished cooking, fluff with a fork and set aside.

Meanwhile, pour half of the black beans into a medium bowl and mash with a fork until most of the beans are crushed.

To the same bowl, add cooked rice and all the other remaining ingredients (except the tortillas and egg wash), and stir until combined. 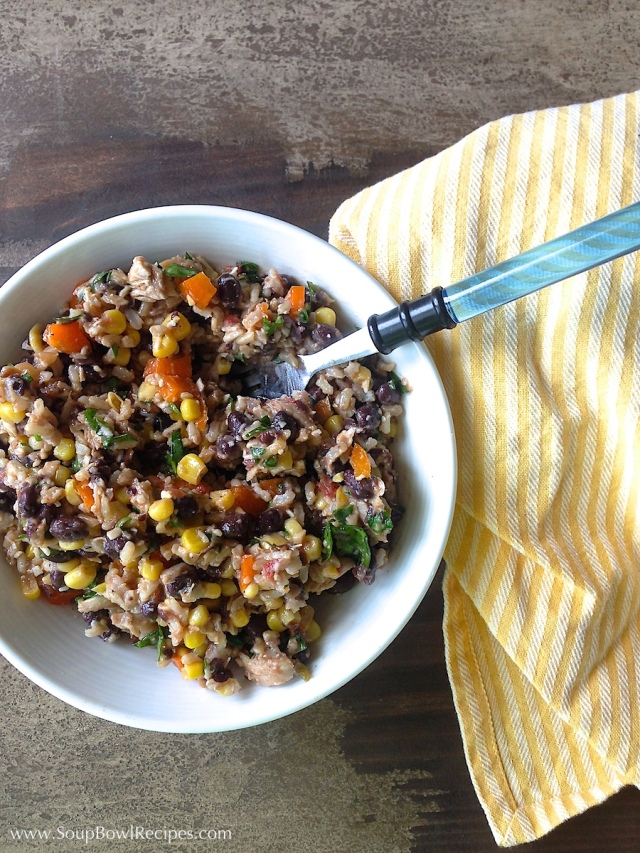 Fill a ¼-cup measurer with egg roll filling and drop it into the center of a tortilla. 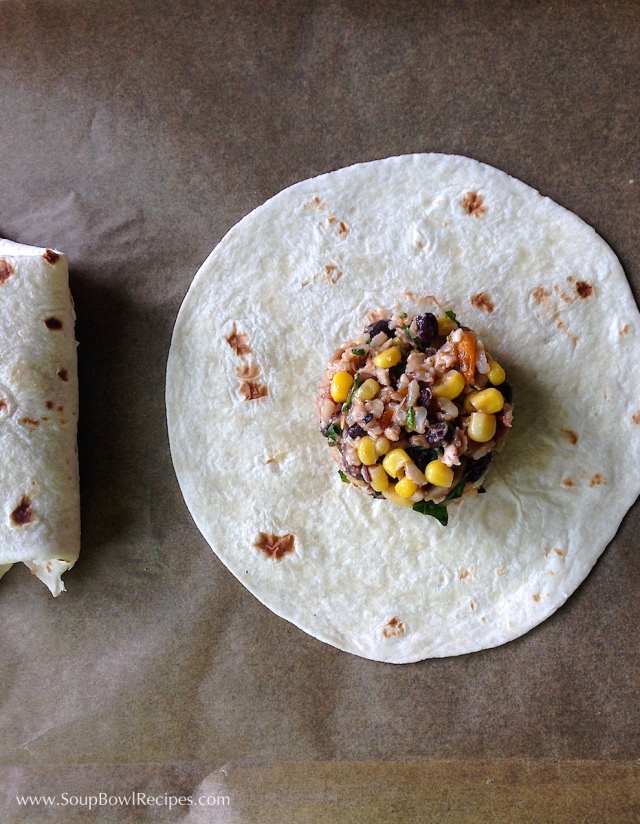 Fold the bottom of the tortilla up towards the center, then fold both sides inward, creating an envelope. 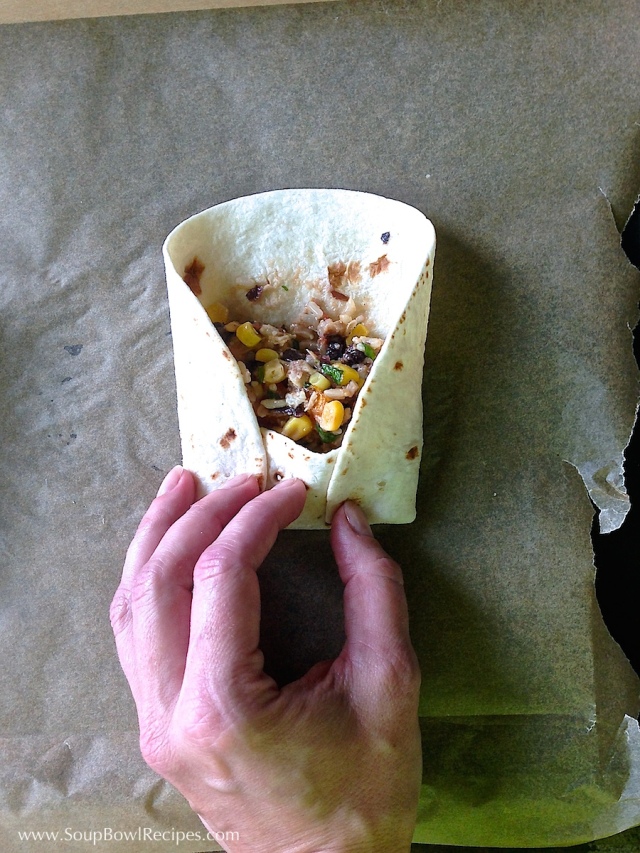 Brush the open end of tortilla with the egg wash and fold inward, sealing the egg roll.

Place egg roll seam-side down on a parchment-lined baking sheet, then brush the top of the tortilla with egg wash, covering the entire surface.

Repeat with the remaining tortillas. 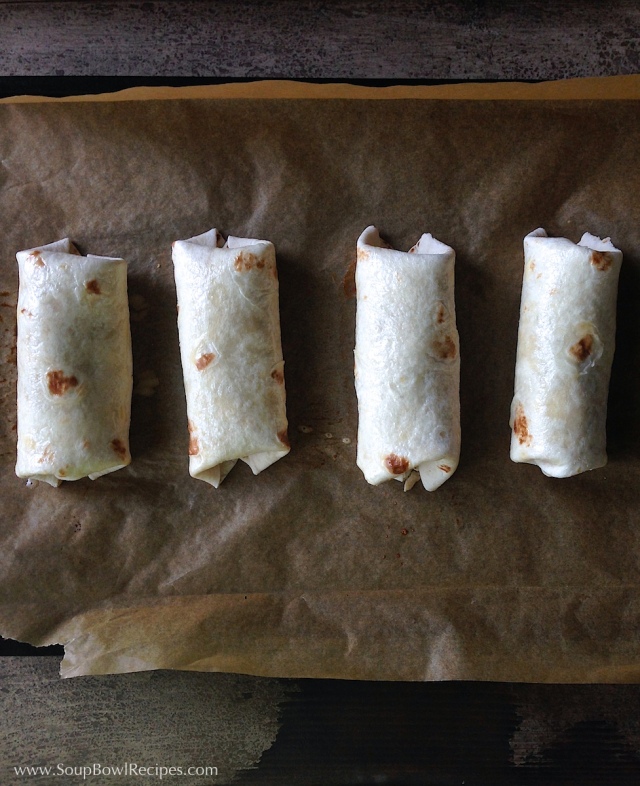 Bake for 15-18 minutes or until egg rolls are golden brown and crispy to the touch. Transfer to a cooling rack and allow to rest for 5 minutes. Serve with Creamy Salsa for dipping (recipe below).

Mix salsa, sour cream, and salt together until smooth. Sprinkle with smoked paprika. Creamy Salsa can be covered and refrigerated for up to 3 days.