Sopapillas are a traditional Mexican dessert consisting of fried dough that’s been sprinkled with cinnamon and sugar then drizzled with honey. Ohmygod my mouth started watering just typing that sentence. Okay, now you’ve all had elephant ears at the fair, right? Yeah, well these are so much better. I don’t know why, but they are. Maybe it’s the honey. Maybe it’s the Mexican flare. Or maybe it’s just me. But this dessert is the single most thing I look forward to whenever we go out for Mexican food. Forget the chips and salsa, I’m all about the sopapillas.

Now normally I like to do things the right way. I’m about making the dough by hand, letting it rise, rolling it out, and frying it in small batches. When time permits. But when you have a house full of hungry guests who have been drinking daiquiris and noshing on street tacos, there’s no way you’re gonna to want to pull yourself away from the party to cook up a labor-intensive dessert. At least I wouldn’t. So why not opt for something simpler. Let’s all just agree to skip the kneading and rolling this Cinco de Mayo and throw a bunch of tortillas into the fryer instead! 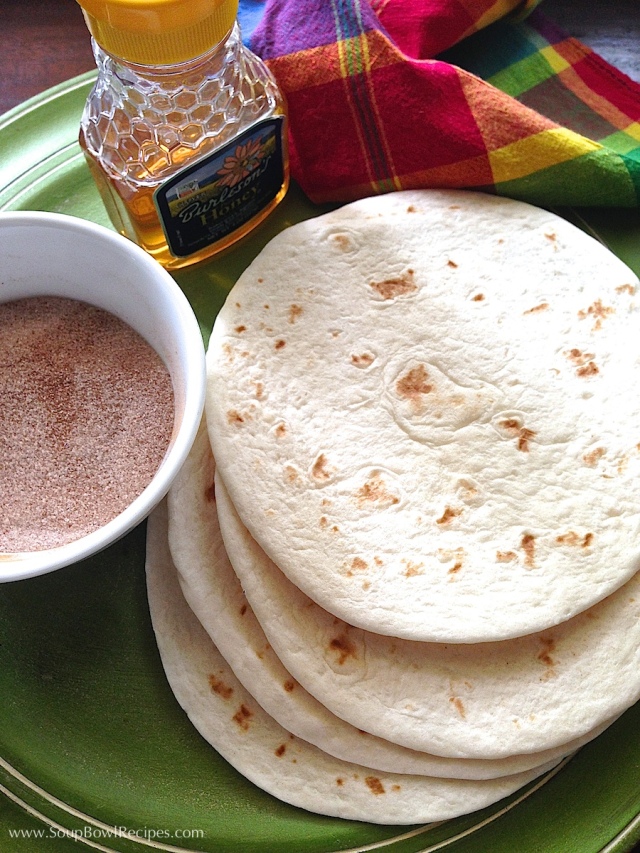 Cut each tortilla into 4 wedges, set aside. In a small bowl, mix cinnamon and sugar.

Pour oil into a straight-sided skillet until it’s ¼-inch deep. Set heat between medium-high and high. Allow oil to get hot (you’ll know it’s ready when a couple drops of water pop when they hit the oil).

With kitchen tongs, carefully place 4-5 tortilla wedges into the oil and cook, occasionally pressing down on the tortillas, until they brown on one side, then flip and cook on the other side, approximately 1 minute per side. 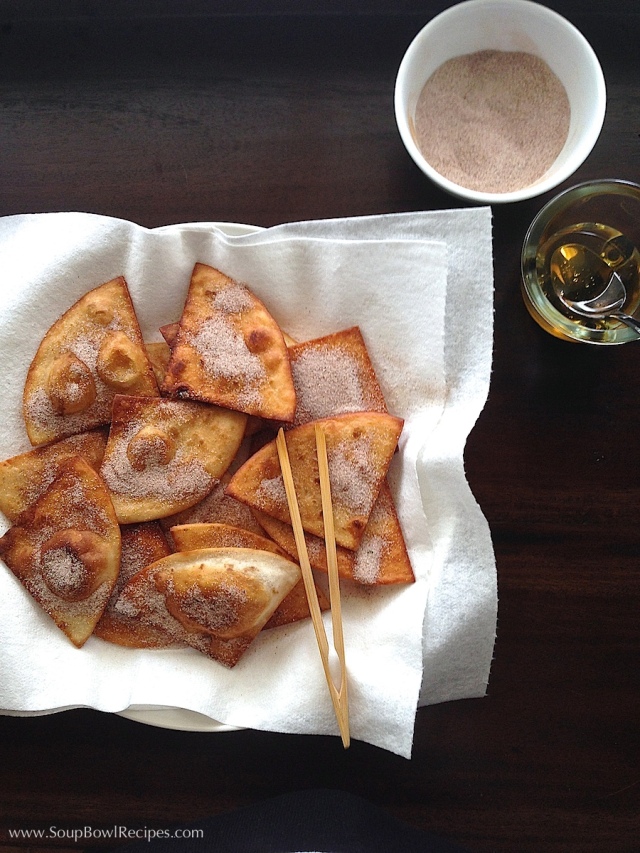 Side note: In case you were wondering what happens to all this delicious food after I’m done with my photo shoots, I can tell you that everything goes directly to my Quality Assurance department (a.k.a. my stomach). So yeah, I ate this entire plate of sopapillas as soon as I put down my camera. And no, I didn’t save any for my toddler who was napping at the time. Don’t judge me.